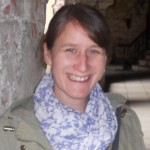 Anwar made national headlines in the 1980s when she fought a Home Office decision denying her children living in Pakistan the right to join their parents in the UK. After a gruelling 6-year battle Anwar succeeded in getting the decision overturned.

You can read more about her story and archive here .

Anwar’s archive includes papers and publicity material from the Anwar Ditta Defence Committee (ADDC) as well as photos, news articles, correspondence and evidence submitted to the Home Office appeal. Her case has been cited in many student textbooks and is still considered a landmark case in immigration law.

Last year I recorded an oral history interview with Anwar over several sessions, in order to capture her reflections on these life-changing events. Since then, Anwar and I have kept in touch. She’s an amazing individual who has lived through extraordinary events but who is still coming to terms with the resulting trauma inflicted on her family. As we look through old photos together Anwar recalls with enthusiasm the names of various activists, politicians and celebrities who supported her campaign. I take notes; the information adds context to the images (now in the AIU Centre archives), making them more meaningful to future researchers, but her animated disposition communicates so much more.  For Anwar, remembering is both exhilarating (reminding her of the strength she was able to summon and the high levels of support she accrued) and excruciating (reminding her of the separation and state-administered discrimination she endured, as well as its longer-lasting impact).

We speak of other things for a while – health, families, the news – in an attempt to lighten the mood. Anwar then hands me further papers for the archive collection including correspondence referring to her address to the Women’s World Congress in Prague, which took place after she was re-united with her children. We discuss how it felt to speak publicly on an international platform and I learn that, despite having no formal schooling since the age of 8, she was also invited to similar events in Moscow and Norway, as well as to venues across the UK. Anwar later employed her new-found agency to support further immigration-related campaigns.

As we finish our cups of tea and I make moves to head home, Anwar saddens. She asks me to make it clear to anyone interested in her story that she never received an apology from the British Government or any financial compensation to cover either personal or legal costs. The flights to transport her children from Pakistan to the UK were paid for by Granada Television, her legal expenses scarcely covered by funds raised through the ADDC. Anwar herself was employed throughout the campaign as a machinist, juggling piecework, parenting (her daughter born here in the UK) and activism in an exhausting merry-go-round.

It seems clear that Anwar is still trying to make sense of what happened decades on and to come to terms with the many consequences. Maybe this process of remembering and then letting go might offer some small comfort?

We are still in the process of cataloguing Anwar’s collection which will be available to researchers later this year.

Click here to listen to extracts from her oral history interview.